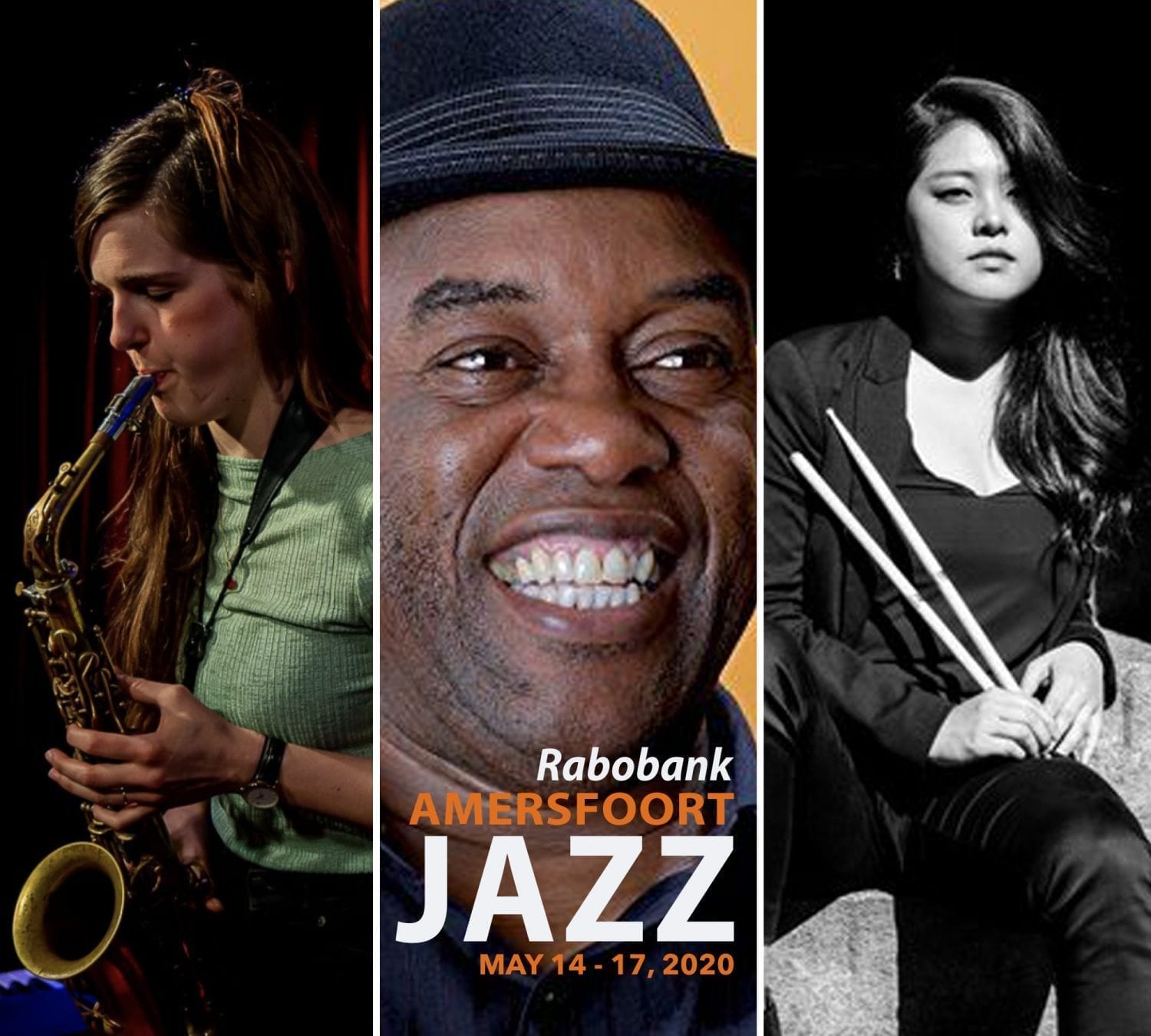 Yearly, the festival Amersfoort Jazz starts with a double bill concert evening in theatre De Lieve Vrouw. On Thursday May 14, 2020, the programma contains two special festival creations in which exponents of the Next Generation of World Jazz are involved, as well as both Artists in Residence and other international invites, honoring the Legends of Jazz.

Alto for Two
‘Alto for Two’ is an international joint venture of some of the most notable talents of The Netherlands and Spain: Kika Sprangers (sax) and Irene Reig (sax). Kika is considered one the most promising talents, touring with her own groups as well as with Dutch jazz masters and orchestra’s. Irene is from Barcelona, where she already studied piano, before studying saxophone in Amsterdam. During the festival Amersfoort Jazz 2019 they were encouraged to join forces. The Alto for Two group is completed with the gifted rhythm section Xavi Torres (piano), Thomas Pol (bass) and Sun-Mi Hong (drums). The latter, originally from South Korea but living in Amsterdam, is National Artist in Residence during Amersfoort Jazz 2020. Alto for Two is the festival opener concert on Thursday, May 14, at theatre De Lieve Vrouw, Amersfoort. The project is a collaboration between Amersfoort Jazz and its Spanish partners, Institut Ramon Llull, Jazz I Am Barcelona and Festival Jazz Terrassa.

Tribute to Art Blakey
A tribute concert by The Jazz Brigade, to honor the legendary jazz drummer Art Blakey (1919-1990), known for his work with Miles Davis, Bud Powell and Thelonious Monk. Blakey is one of the most important jazz musicians of all times, being an inspiring incubator for young talent in his days: Clifford Brown, Freddie Hubbard, Wayne Shorter, Donald Byrd, Cedar Waltan, Lee Morgan, Benny Golson, the Marsalis Brothers and Keith Jarrett, to name a few! Special guest is the International Artist in Residence Essiet Okon Essiet (USA), who was a member of the legendary Art Blakey and the Jazz Messengers. The Jazz Brigade is led by the notable Polish tenorist Sylwester Ostrowski, founder of the Szczecin Jazz Festival and The Szczecin Academy of Art.

• This concert evening is the only one for which an access fee is levied (general admission on a first-come, first-served basis).