Amersfoort Jazz proudly presents Sun-Mi Hong as its National Artist in Residence during the 42nd edition of the annual festival in 2020. The young Korean-born-but-Amsterdam-based drummer performs five times at the festival, spread oud over the Four Days of World Jazz in the historic city centre of Amersfoort, The Netherlands.

Rising Sun
Born into in a religious family in Korea, young Sun had to beg for drum lessons. Inspired by American drummer Brian Blade she decided to study jazz. She moved to The Netherlands where she was admitted to the CvA (Conservatory of Amsterdam). Soon, her talents, ambitions and skills were recognized by her teachers, fellow students and some attentive festival curators. She played with Karel Boehlee, Jasper Blom, Guy Salamon, Fuensanta Méndez and Daahoud Salim. With the latter, a talented prize winning pianist, Sun gigged the festival Amersfoort Jazz in 2017 and 2018. In 2018 she was invited to play with the all-female band ‘Bitches Brewery’, a festival creation featuring Kika Sprangers, Hermine Deurloo, Phaedra Kwant and Corrie van Binsbergen. The next year, Sun-Mi Hong won the Dutch Jazz Competition and therefore was endorsed by Amersfoort Jazz to the Sena Performers International Jazz Laureate Festival 2019. Sun was also elected Young VIP, resulting in a multiform collaboration with Sanne Rambags, including series of concerts, radio and television performances.

Sun: “I had the honour to represent the Dutch scene at Amersfoort Jazz 2019. The Festival, in turn, presented me to international bookers and festival organisers. It means a lot to be a part of it. I met a lot of people through the festival. Especially after the gig and also in a meeting. People from Hungary, Norway, Canada, Austria and Catalunya. Meeting these people has had very large consequences for my quintet. Probably the highlight of that was performing in one of the most famous jazz clubs, Ronnie Scott’s in London."

Sun on Thursday, May 14, 2020
theater De Lieve Vrouw, Amersfoort
ALTO FOR TWO ft. Irene Reig (ESP), Kika Sprangers (NLD), Thomas Pol (NLD), Xavi Torres (ESP) and Sun-MiHong (KOR/NLD)
On Thursday May 14, Sun opens the festival with the Alto for Two at the theatre De Lieve Vrouw, Amersfoort. a collaboration between alto saxophonists Irene Reig (ESP) and Kika Sprangers (NLD), two outstanding exponents of the Next Generation of World Jazz from Spain and The Netherlands. The quintet is completed with the talented Thomas Pol (NLD) on double-bass and the gifted Xavi Torres (ESP) on piano. This concert is a so-called ‘festival creation’ by Amersfoort Jazz, in collaboration with its Spanish partners, Jazz I Am Barcelona, Festival Terrassa (Catalunia) and Institut Ramon Llull.

Sun on Friday, May 15, 2020
De Hof (main stage), Amersfoort
PETER BEETS & THE HENK MEUTGEERT NEW JAZZ ORCHESTRA ‘A Tribute to Buddy Rich’
On Friday May 15, Sun is special guest with Peter Beets & The Henk Meutgeert New Jazz Orchestra, also featuring other Next Generation musicians like Anna Serierse (vocals) and Maarten Hogenhuis (sax). Sun is featured in a special ‘Tribute to Buddy Rich’, arranged for orchestra and two drummers by Henk Meutgeert. This concert is part of the Rabobank Jazz Night at De Hof (open air city square, free to the public).

Sun: "Unfortunately I never had the chance to see many legendary drummers live. Guys like Tony William’s, Elvin Jones, Art Blakey and Buddy Rich. I’ve heard about Buddy Rich very late in my studies at the CvA. His approach on the drums touches me strongly. I really admire his dedication, enthusiasm and not only very technical, but melodical solos. He is one of the drummers that inspire me to believe that what I do everyday, is what I love the most in my life and we speak about it loudly, joyfully through playing drums.”

Sun on Saturday Afternoon, May 16, 2020
Lieve Vrouwekerkhof, Amersfoort
CONSERVATORIUM VAN AMSTERDAM CONCERT BIG BAND ft. Jasper Blom (sax, Buma Boy Edgar Prize 2019)
On Saturday May 16, Sun is a special guest with de Conservatorium van Amsterdam Concert Big Band, led by Johan Plomp. Sun-Mi Hong is a recognized alumna and a key figure in the scene of the Next Generation of Dutch jazz, established at the BIMHUIS Amsterdam, which is considered to be the prime jazzclub in the Netherlands, also one of the main clubs for adventurous music in the world.

Sun: “During my 3rd year at the CvA (Conservatory of Amsterdam) I’ve played in three big bands. One was the Tuesday Big band and te other two were Concert Big Bands with Johan Plomp and Justin Diccioccio. As a drummer it is always an exciting experience to be part of a Big Band!"

Sun: “I’ve only heard her name before. I was lucky to share the stage with her in Korea while my quintet was touring this year. Song-Yi Jeon joined one song with the quintet. That was magical. I fell in love with her creativity, attitude and professionalism for music. I don’t have much experience playing with singers in general, I see her as an instrumentalist. When singers can be free with their voice and technique, there is no limit to express. That really effects the music and the people. On the new album of the quintet, she is featured on two tracks. One improvisation Duo with my self playing Korean Traditional Percussion and another song named ‘KASI: a thorn’. This is one of my compositions”.

Sun on Sunday, May 17, 2020
Lieve Vrouwekerkhof, Amersfoort
DAAHOUD SALIM QUINTET (ESP/NLD)
On Sunday May 17, Sun plays with Daahoud Salim (ESP, piano), who studied classical music and jazz in Amsterdam and now lives in Spain. His quintet from The Netherlands, consisting of international students from the Conservatory of Amsterdam, Bruno Calvo (ESP, trumpet), Pablo Martinez (ESP, trombone), Hendrik Müller (DEU, double bass), is a prize winning laureate of several international contests since 2017. The band already played at BIMHUIS, Festival Mas I Mas de Jamboree, Festival Internacional de Jazz de Madrid and Rabobank Amersfoort Jazz. In 2016 the quintet was awarded for ‘best band’ and ‘best soloist’ at the 40th Getxo Jazz Festival and in 2017 at the B-jazz Contest with the ‘Grand Prix Albert Michiels Prize for best band’ and the ‘Sabam for Culture Prize’ 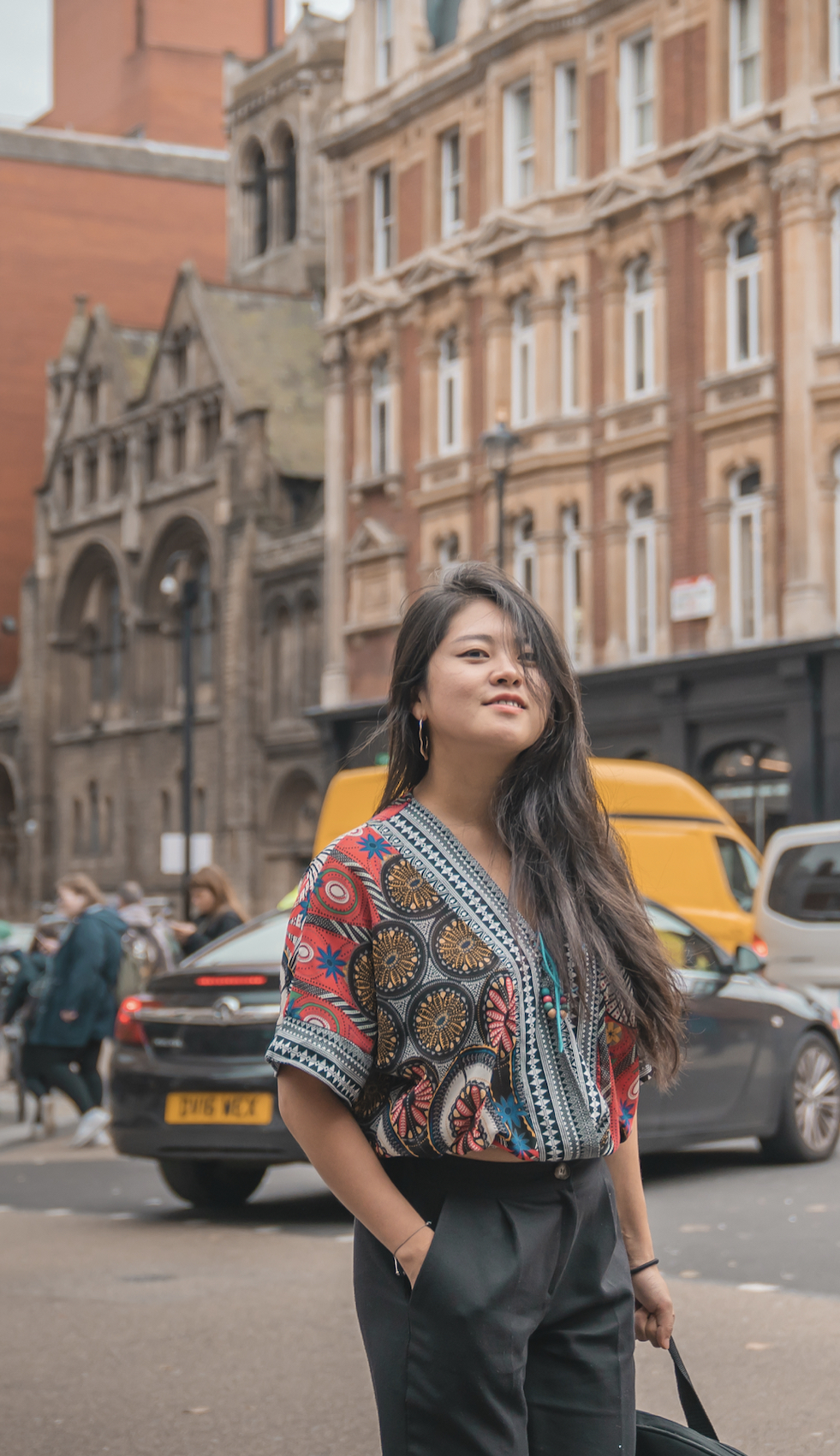 "She just is a fantastic jazz drummer on the way of becoming phenomenal. Sun-Mi Hong drives our optimism and hopes for the future of jazz music.”
| ProgJazz.nl

Sun-Mi Hong's playing is intuitive, fresh and inventive
and still with opportunities for progress.
| ProgJazz.nl

Her ability to create, discover and explore at the same time, having a colour characteristic of the unbleached enables her to settle swiftly  into the highest circles of intelligent music.
| ProgJazz.nl