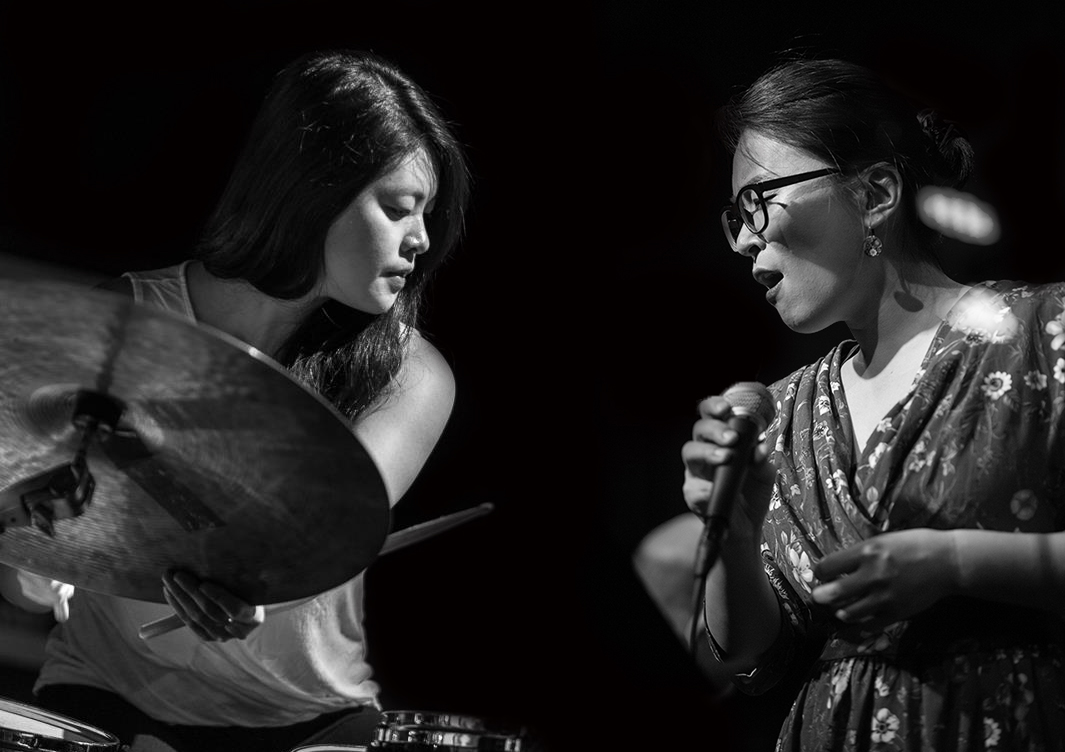 Amsterdam based drummer Sun-Mi Hong (KOR) is the National Artist in Residence at Amersfoort Jazz. She is a rising star in Dutch Jazz, already featured at the festival 2019 as an international laureate. Inspired by drummers such as Brian Blade, she moved to The Netherlands to study at the Conservatory of Amsterdam. She is now a central figure in the Amsterdam jazz scene, conquering the hearts of het colleagues and the public, according to the critics one step away from an international breakthrough. Her quintet consist of international exponents of the Next Generation Alistair Payne (GBR/NLD trumpet), Nicolo Ricci (ITA/NLD, sax), Young-Woo Lee (KOR/NLD, piano) and Alessandro Fongaro (ITA/NLD, double-bass). The works come from their latest (new) album, to be released in March 2020, also featuring singer Song-Yi Jeon from South-Korea, a Berklee educated vocalist skilled in modern jazz, at the moment studying ‘focus year’ in Basel.

Song-Yi Jeon
Sun met Song in South Korea, where the both were touring. “Song-Yi Jeon joined one song with the quintet”, Sun says, “that was magical. I fell in love with her creativity, attitude and professionalism for music. I don’t have much experience playing with singers in general, I see her as an instrumentalist. When singers can be free with their voice and technique, there is no limit to express. That really effects the music and the people. On the new album of the quintet, she is featured on two tracks. One improvisation Duo with my self playing Korean Traditional Percussion and another song named ‘KASI: a thorn’. This is one of my compositions”.