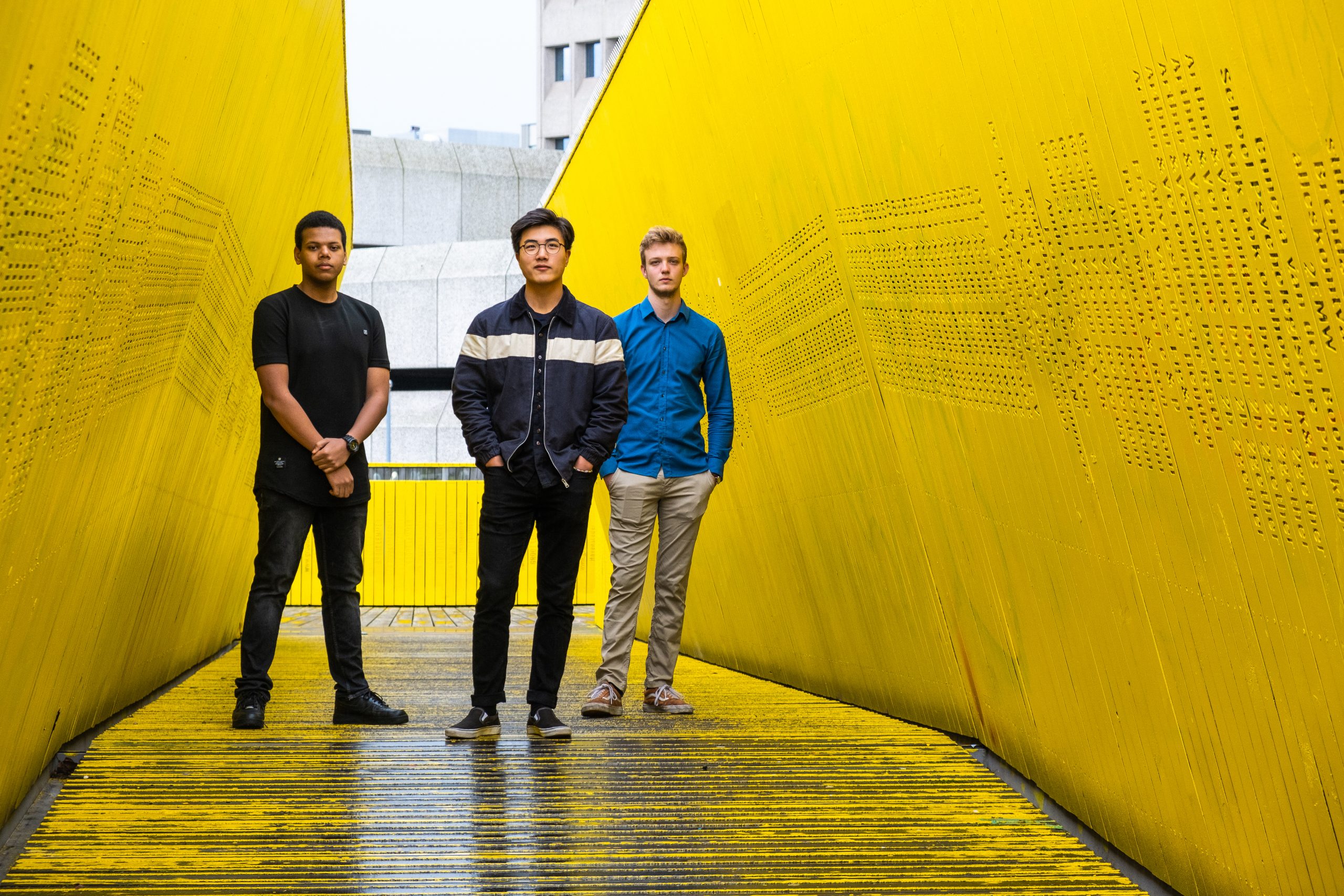 The members of SIMIO are young, yet tell an ever-evolving story with virtuosity and maturity. The music is cinematic and depicts a subtle balance between improvisation and composition, and can be interpreted both simple and complex. With their debut album ‘Delusional’ (2018), a contemporary mix of modern jazzscapes with experimental, intense improvisation, the trio  reaches a high level of playing. Formed by Tim van Emmerloot (drums), Cas Jiskoot (bass) and Sergio Abdoelrahman (piano), the trio has already been recognized on an international level.  “These dudes can play, and they’ve captured their instrumentals in a crisp hi-def way that gives the immediacy of a live-in-studio experience.” (Music Connection, USA). In 2019 they received the first prize at the prestigious Prinses Christina Concours, as well as the audience prize and the press prize. According to the jury “they played with a lot of dynamics, tension and forward motion… in such a way that already revealed their rich musical baggage.”