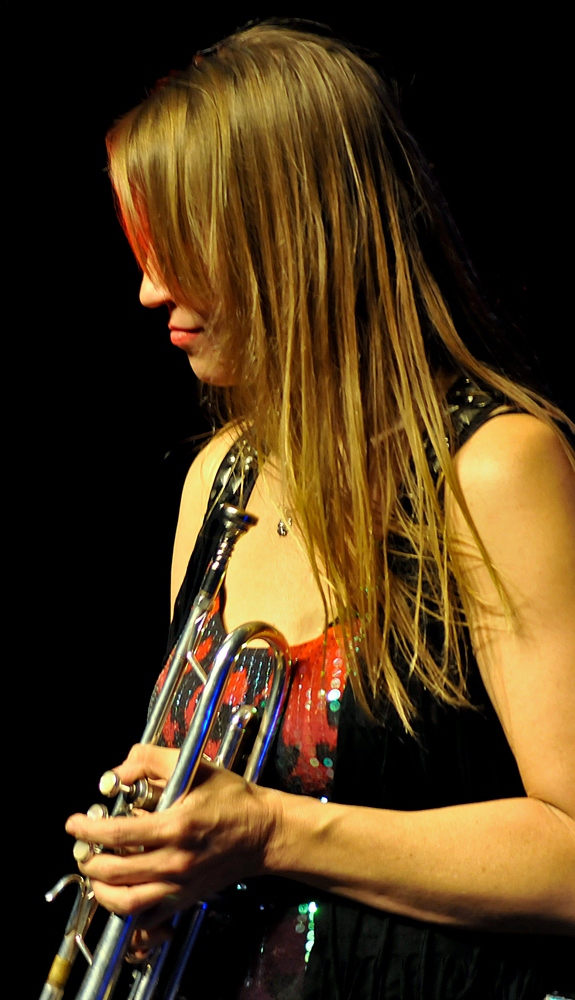 Amsterdam trumpet player Saskia Laroo does not only presents her new album ‘Trumpets. Around The World’, she also celebrates three anniversaries. Laroo turns 40 “stage years”-old, has run Laroo Records for 25 years and the Saskia Laroo Band has existed for 25 years. She is known for her improvisational purity, music to which she’s given her own twist, flavored with influences from all over the world. It is music with the mystical elusiveness of jazz improvisation, packed in modern grooves, beats, vocals and rap. Besides The Netherlands, Laroo gigged countries such as Thailand, Burundi, Brazil, China, Russia, the United States and -this year again- India. In addition to Saskia, the band consists of keyboardist Warren Byrd, rapper M.C. Complex, bass player Daniel Gueli and drummer Sven Rozier. Special guest is tenor saxophonist Alexander Beets.