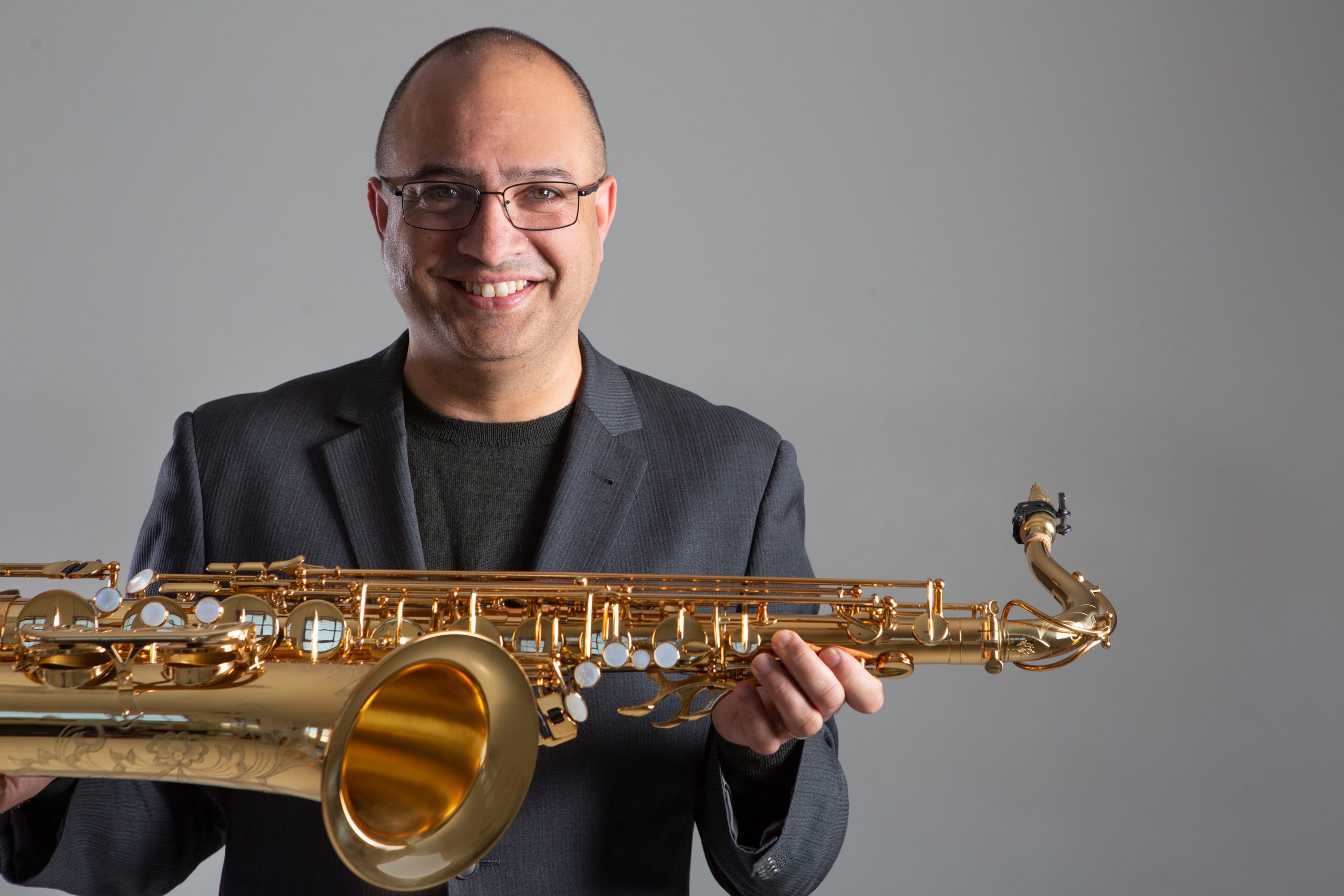 Origami was formed in 2010 by Australian woodwind player Adam Simmons, and has released six albums to date, including recent nominations for Music Victoria’s Best Jazz Album Award. The inspiration for the band is the traditional Japanese art of paper folding, where a plain piece of paper is transformed into a myriad of complex forms including animals and flowers. Similarly, Origami’s music uses simple beginning points for the trio to create more complex textures through play and exploration.

Adam Simmons has been described as one of Australia’s “most electrifying instrumentalists” (Leon Gettler). He has worked with a slew of international artists including Ernest Ranglin, Nigel Kennedy, Peter Brotzmann, Alessandra Garosi, Tony Overwater, Stormvogel & Van Geel, Jacek Kochan, Denis Colin, Walter Lang, Shinya Fukumori, Laia Genc as well as many Australian artists such as Sandy Evans, Australian Art Orchestra, Tony Gould, Chris Abrahams, Gotye and Spiderbait. Howard Cairns, a band leader in his own right as well as a pivotal member of Way Out West, brings a beautifully gentle strength in his bass playing that helps to define the sound of Origami. Hugh Harvey as the backbone in numerous other ensembles including The Meltdown, Paper Planes and Julien Wilson’s ‘Stock’, complements the trio’s sound with ease, bringing his own exuberant style to the group. In 2020, Origami will be travelling internationally for the first time in a worldwide tour including China, India and travelling across Europe. For Amersfoort Jazz festival, they will present Flora Carbo, an award-winning saxophonist and a prominent voice for the next generation of Australian artists.

This project has been assisted by the Australian Government through the Australia Council, its arts funding and advisory body.