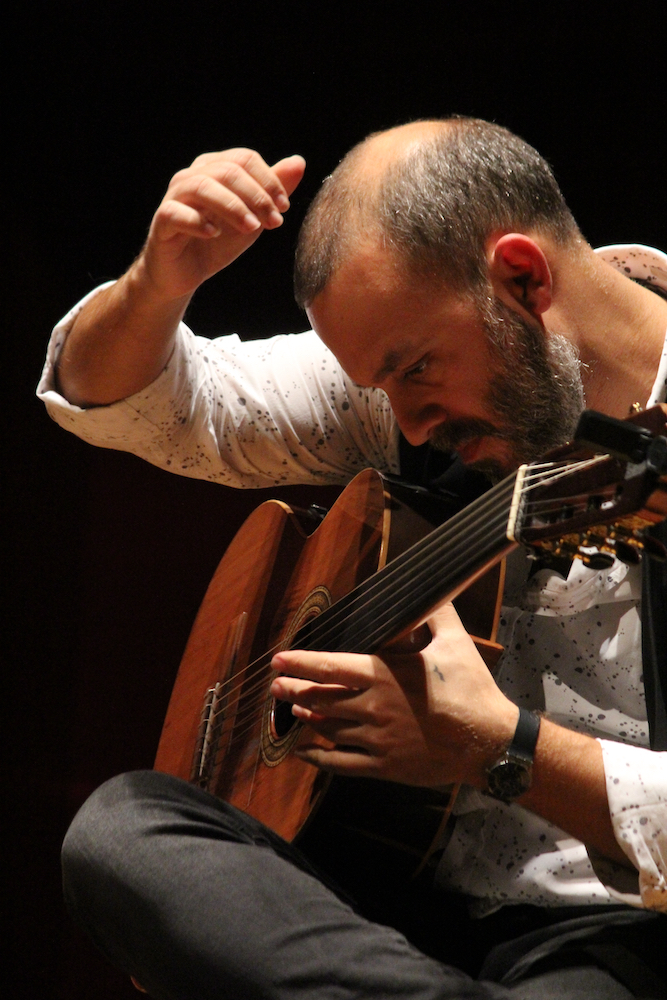 Cenk Erdoğan is one of the most important figures in Turkish music today. He is a guitar player, composer, and producer from Istanbul, who blends jazz harmonies and traditional Anatolian melodies. He uses special techniques on his fretless guitar, influenced by the traditional Turkish Baglama and Tanbur. At Amersfoort Jazz 2020 Cenk is invited by the organization to give two duo concerts. One is at de Sint Aegtenkapel on Friday May 15, with a Dutch World Jazz artist yet to be announced; the other one is on Sunday May 17, at de Observant with the renowned Dutch saxophonist Tineke Postma. After touring with artists such as Greg Osby, Tineke is back with her new project called ‘Freya’, also willing to do some adventurous impro-duets with Cenk, with whom she has played before in the international circuit.