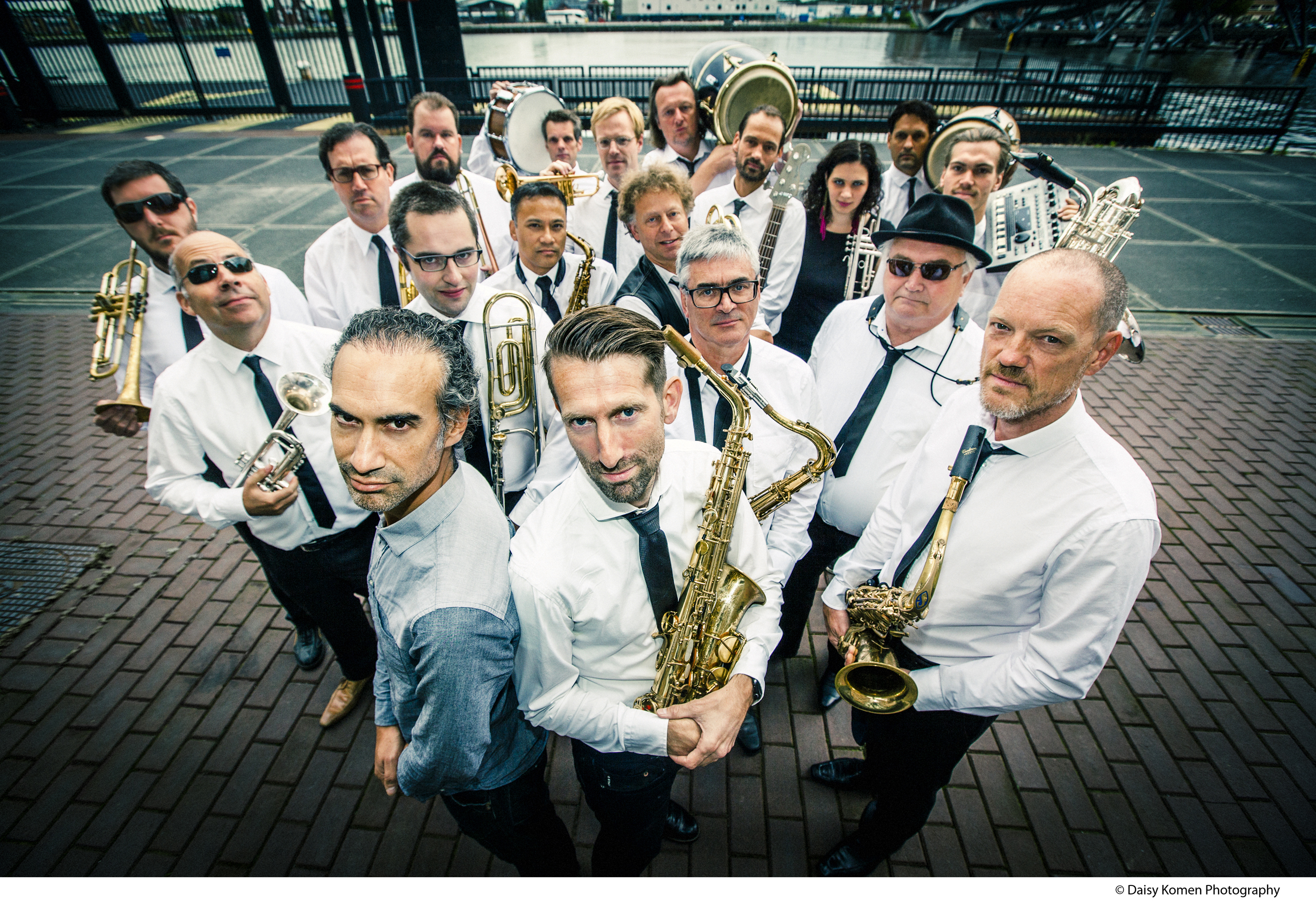 “The biggest funk band of The Netherlands” was founded in 2014 by saxophonists Efraïm Trujillo (leader) and Matthijs Klinkert, and is one of the most exciting new acts in the current Dutch scene. The big rhythm section with a double set of percussion makes Amsterdam Funk Orchestra a band where you can’t sit down. Performances with guest appearances of Benjamin Herman, Steffen Morrison, Denise Jannah and Anton Goudsmit define the live reputation of the band. In 2017 the first album was released, entitled ‘Pure Fiction’, with compositions of Efraïm Trujillo. Of course the band knows it’s classics and also plays works by Fela Kuti and James brown – to name a few.