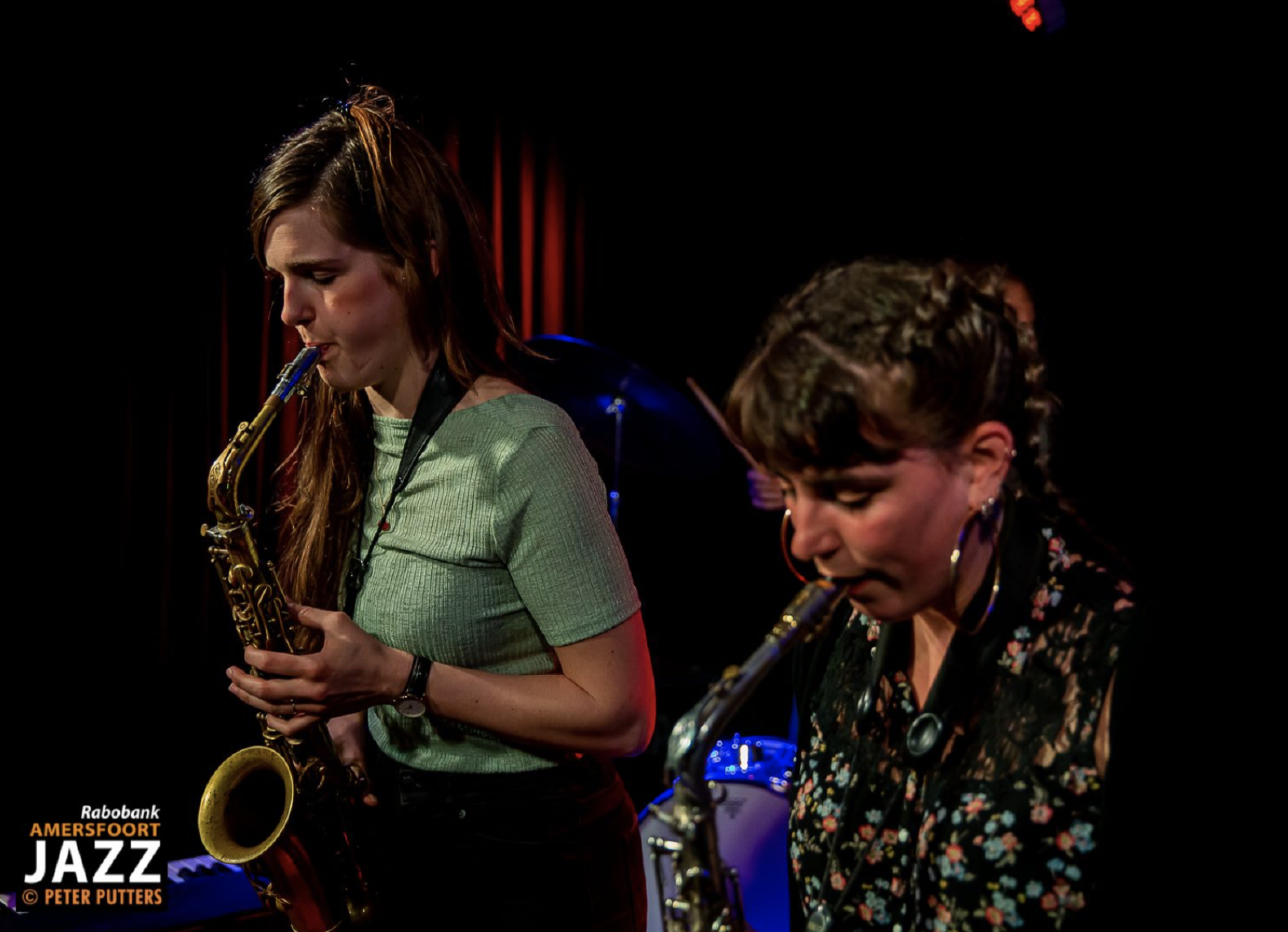 ‘Alto For Two’ is the new project led by two of the most innovative current saxophonists in Europe: Kika Sprangers (Nijmegen, 1994) and Irene Reig (Barcelona, 1993). In quintet format, the two artists come together to create a repertoire of 100% original music, which arises from the jazz tradition, and creates a particularly distinct and current sound. What’s more, the group want to shine a spotlight on the role of female instrumentalists in jazz and modern music, something which is crucial for the education of future generations

Kika is considered one the most promising talents, touring with her own groups as well as with Dutch jazz masters and orchestra’s. Irene is from Barcelona, where she already studied piano, before studying saxophone in Amsterdam. She leads her own projects such as The Bop Collective.  Irene won the public prize of the Dutch Jazz Competition in 2018. The new album “Iaspis” has just been released from this formation. Kika Sprangers became the leader of the saxophone section in the National Youth Jazz Orchestra, was appointed Young VIP 2018 and toured with her own quintet and Large Ensemble through the Netherlands (Bimhuis, North Sea Jazz), Indonesia and China. Sprangers debuted in 2019 with her album Human Traits and played a release tour at the most prominent venues in The Netherlands.

During the festival Amersfoort Jazz 2019 they were encouraged to join forces. The Alto for Two group is completed with the gifted rhythm section Xavi Torres (piano), Thomas Pol (bass) and Sun-Mi Hong (drums). The latter, originally from South Korea but living in Amsterdam, is National Artist in Residence during Amersfoort Jazz 2020. Alto for Two is the festival opener concert on Thursday, May 14, at theatre De Lieve Vrouw, Amersfoort. The project is a collaboration between Amersfoort Jazz and its Spanish partners, Institut Ramon Llull, Jazz I Am Barcelona and Festival Jazz Terrassa.