Amersfoort Jazz is a festival by musicians, for musicians. That means we look after one another in all senses of the word, earning us the nickname ‘Musician’s Paradise’ over the years. Embracing that motto to the fullest means that a concert at Amersfoort World Jazz Festival is not just a gig, but an experience that adds value to a musician’s career long-term as well. Performers are encouraged to mingle during their stay in Amersfoort, to meet colleagues, enjoy the scenery, the city and other performances, and to network with journalists and other professionals and delegates.
Amersfoort Jazz Festival was founded in 1979, along with the opening of Flint, Amersfoort’s main pop music venue. Music lovers from all around the world have since enjoyed the city’s vibrant, historic city center lined with international jazz performances each May. These concerts, held both indoors and outside on the main squares of Amersfoort, serve a wide range of music lovers; from contemporary to experimental and from seasoned veterans to rising stars.
The festival in its 4-day format as most attendees will know it came into existence in 1985, when festival founder Math Meesters started to apply for funding to create a professional jazz festival of international stature. An event with a diverse and broad program, held at multiple venues across the city, was the goal.

Tragically, Meesters passed away in 2009 a decorated and recognized founder of the Amersfoort jazz climate. His organiser colleagues, including current director Alexander Beets, kept his spirit alive and the fire burning by continuing to build the local and national jazz ecosystem by improving talent development structures, international collaborations and exchange projects.
Prior to the festival, Amersfoort Jazz presents an annual concert series at Stadscafe de Observant and other venues in the area under the ‘Jazz aan de Amer’ moniker. It also supports cultural and educational projects such as workshops, masterclasses and talks.
Organizing a festival on an international level is of course all well and good, but we’d like to go beyond just that; since 2013, we have been working on Amersfoort’s profile as the European Capital of Jazz. Renowned (inter)national artists have graced the stages of Amersfoort’s (festival)venues, making the city an important pillar in the Dutch jazz scene.
Pushing your boundaries means more than just a wide geographical scope; we seek to expand the limits of the jazz genre and embrace innovative, new jazz, world music and improv as well as genres such as hiphop, rap, R&B and dance, as long as they flirt with the jazz tradition as much as we do.
When exploring new music and talent, we aren’t necessarily interested in who’s on the road in May of each year – that isn’t what we’re after. We seek to provide our audiences with an original, unique program that is creative, refreshing and, of course, musically excellent. Will you go exploring with us? 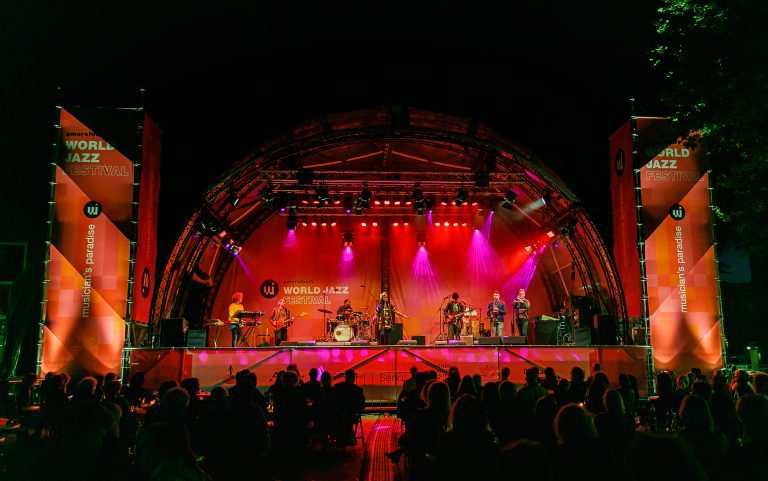