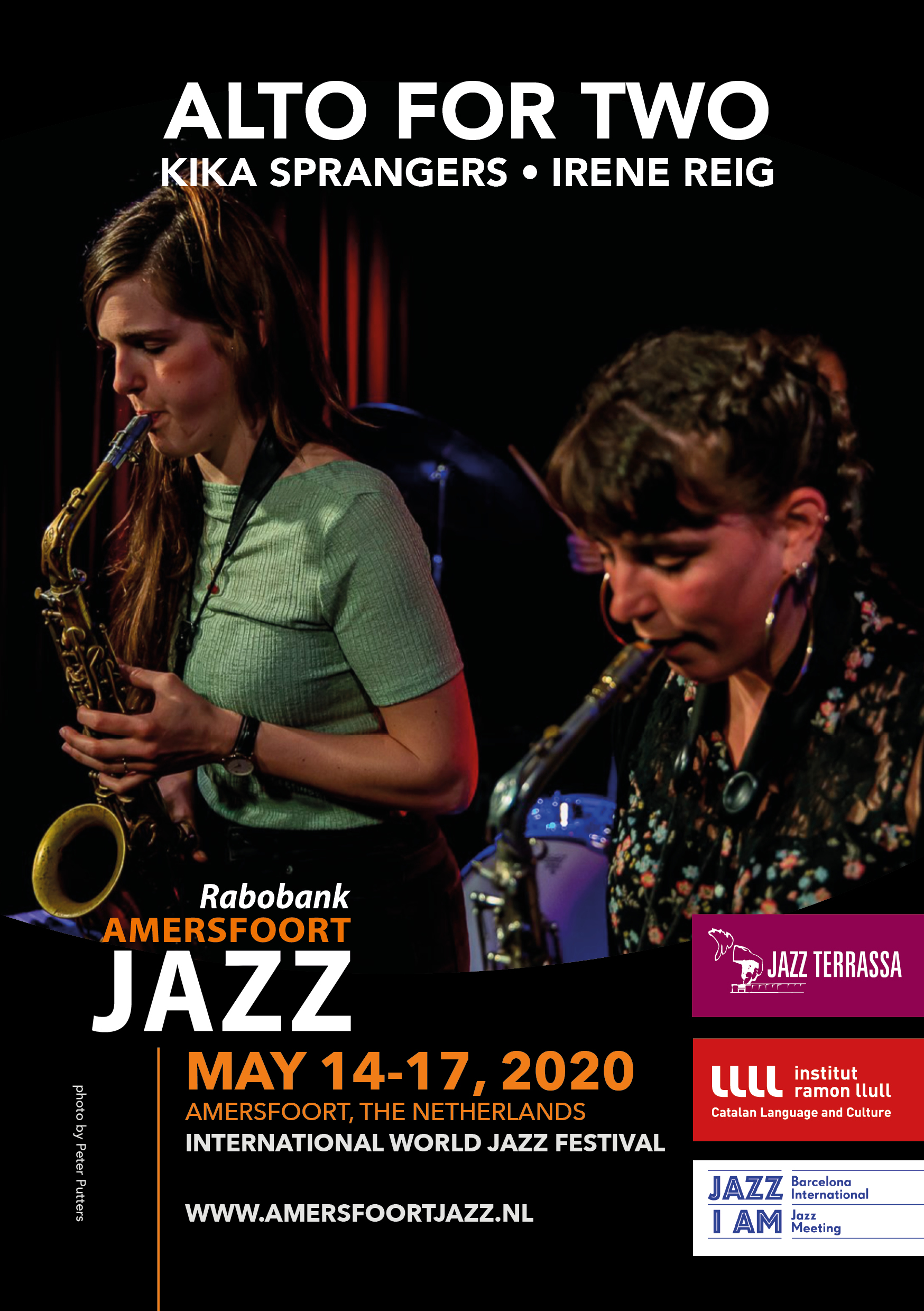 ‘Alto for Two’ is an international joint venture of some of the young saxophonists/leaders Kika Sprangers (NLD) and Irene Reig (ESP). Kika studied in Utrecht and tours with her own groups as well as with Dutch jazz masters and orchestras; Irene is from Barcelona, where she already studied piano, before studying saxophone in Amsterdam. In quintet format, the two artists come together to create a repertoire of 100% original music, which arises from the jazz tradition, and creates a particularly distinct and current sound. What’s more, the group want to shine a spotlight on the role of female instrumentalists in jazz and modern music, something which is crucial for the education of future generations. As well as their musical activity, the quintet offers various educational activities like workshops and open rehearsals.

‘Alto for Two’ was born at Amersfoort Jazz 2019, completed with the gifted rhythm section Xavi Torres (piano), Thomas Pol (bass) and Sun-Mi Hong (drums). The latter, originally from South Korea but living in Amsterdam, is National Artist in Residence during Amersfoort Jazz 2020. The first concert of ‘Alto for Two’ is on March 26, at the festival Jazz Terrassa, Barcelona. In The Netherlands, ‘Alto for Two’ is the festival opener concert on Thursday, May 14, at theatre De Lieve Vrouw, Amersfoort. The project is a collaboration between Amersfoort Jazz and its Spanish partners, Institut Ramon Llull, Jazz I Am Barcelona and Festival Jazz Terrassa.

Kika: “Amersfoort Jazz is a great opportunity for next generation jazz musicians to meet, collaborate and get inspired by other musicians in the international scene. A great chance for young artists to share their music and expand their network in this cultural hotspot with lively scene!”

Irene: “Amersfoort Jazz is important for young musicians as a platform for the future. The festival supported me just at the right moment!”